Member of parliament Hon. Sarah Adwoa Safo has said her life is under threat by her political rival. 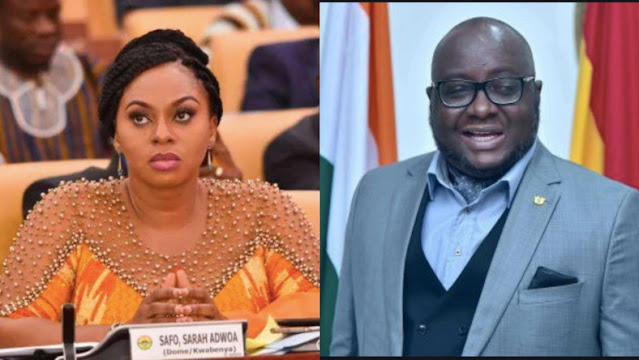 Member of parliament Hon. Sarah Adwoa Safo has said her life is under threat by her political rival.

The deputy majority leader in parliament is asking her party's executives to step in and resolve the matter.

In a public plea to the national executive of the New Patriotic Party (NPP), she is asking her party to help her because her life is in danger.

She has accused her opponent's supporters of planning an attack on her which backfired.

According to her, as the assailants thought that she was in the constituency chairman's house when the launched the assault.

She said when they failed to get her, they turned on the constituency chairman and beat him to pulp and also vandalized his house.

"The perpetrator is the speaker's driver. His supporters went and attacked my chairman and vandalized his house. The party must stop this because my life is being threatened," she said.