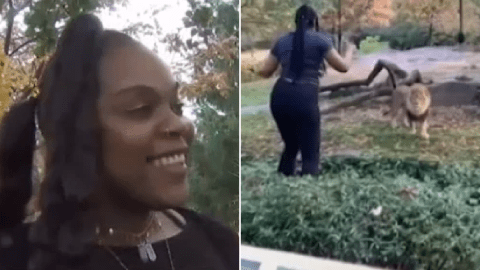 A woman from Brooklyn known as Myah Autry, who made headlines after entering the enclave of a lion in a Brooklyn zoo and escaped unhurt after taunting the lion, now claims she has reincarnated into the lion and should be identified as one.
.
Despite her reckless behavior of dancing in front of the lion, which could have gotten her killed, Autry claims she was never scared of the lion because of the love that exists between her and the lion. 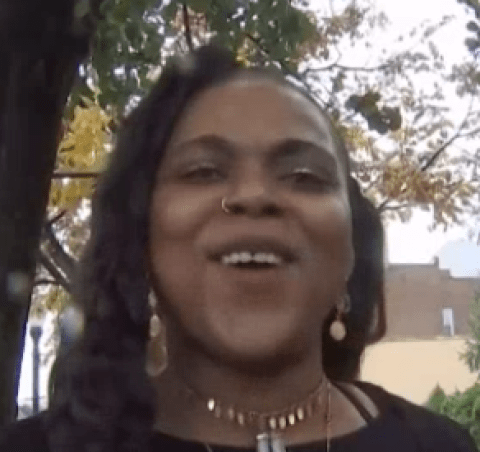 Myah Autry told an NBC reporter that she is a reincarnated lion while en route to appear in court for a shoplifting charge in Kearny, New Jersey.

Autry continued: ‘I fear nobody. No animal, no human, no one. So no, I wasn’t fearing of the lion because the lion loved me. ‘That’s why he came to me and I let the lion know: Lion, I love you.’

Autry even had a message for her lion ‘friend,’: ‘I love you lion, hope they treating you right in the zoo. Know Myah love you.

‘I didn’t mean to mistreat you or nothing.

‘I saw how you came to me. We connected. To the kids, respect your parents, please. Your teachers. Authority.’

Autry is wanted by the NYPD on criminal trespass charges over the lion enclosure incident but she is yet to hand her self in.