Mum let rapist husband abuse girl, 8, until she got pregnant 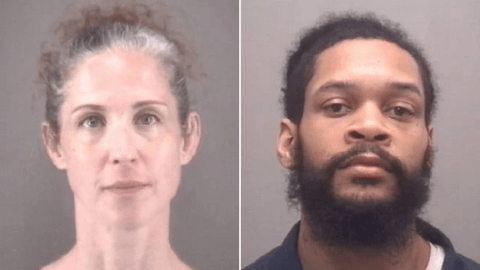 A 39-year-old mother, Marcy Lynn Helms, gave her husband, Brandon Helms, 34, permission to sexually abuse a child for seven years after which he got her pregnant at a feces-filled house in Winston-Salem, North Carolina, US.

According to initial reports from Winston-Salem journal, Brandon Helms told his wife he will like the little child to be his 'inferior wife' or 'concubine' and he will like her to call him 'lord'. He was on Tuesday sentenced to 136 years imprisonment.

Marcy, his wife, upon hearing of her pedophile husband's request, shockingly let him carry out his sick and depraved wish on the girl which led to her getting pregnant in a feces-filled apartment as both man and wife were homeless and mostly lived in a car.

The young child's ordeal ended in May 2018 after social workers were informed of a family living in unsanitary conditions and upon arresting the man and his wife, saw the abused girl and her child hiding on the floor of the back seat.

Upon interrogation, the little child narrated her ordeal in the hands of Brandon and recounted how she was forced to have unassisted labor for two hours while giving birth in a dirty building.

He's now been sentenced to jail for about 136 years for over 20 sex charges that include statutory rape and felony child sex abuse.

His wife, Marcy, will be sentenced this Friday.