OH NO! The Weeknd looks unrecognizable in his first red carpet appearance since breaking up with Bella Hadid (PHOTOS)

The Weeknd looked unrecognizable as he stepped out for the 2019 Toronto International Film Festival last night, September 9th. 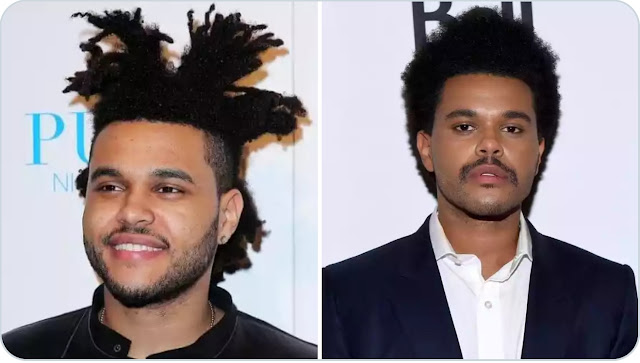 The Weeknd looked unrecognizable as he stepped out for the 2019 Toronto International Film Festival last night, September 9th.

Twitter users, as usual reacted upon seeing the singer at the film festival.

In photos trending online, the singer made subtle changes to his signature look by getting rid of his full-grown beard and only keeping a mustache.

A user described singer as a s3x offender while another said he turned into Nacho Libre.

See some reactions below;

this bro went from The Weeknd to Sunday School pic.twitter.com/m9GC2r2woy
— . (@OlivaHighway) September 10, 2019

wtf why does the weeknd look like a sex offender now pic.twitter.com/8OXGEWjiAj
— fat b^tch (@eIectricwhore) September 10, 2019