Computer scientists from Belgium’s KU Leuven university, claim to have come up with the definitive formula to determine just which one of the old rivals is the better footballer. 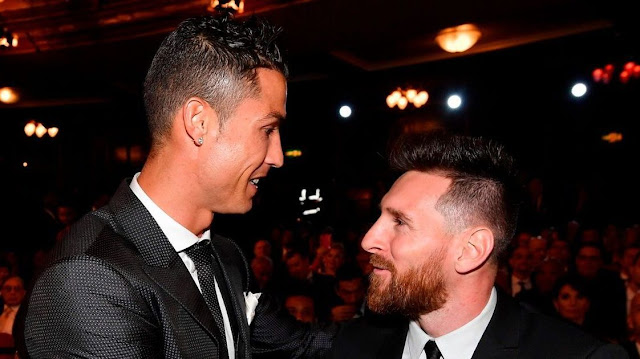 Computer scientists from Belgium’s KU Leuven university, claim to have come up with the definitive formula to determine just which one of the old rivals is the better footballer.

As reported by Sporza in Belgium, professors at the university have teamed up with Dutch data specialists SciSports to come up with something called Valuing Actions by Estimating Probabilities (VAEP), which they say gives the answer to the eternal Messi-Ronaldo question.

The formula looks at the players’ all-round games, and claims to take into account everything that they do on the pitch in both attacking and defensive roles.

“The value of a soccer player is often determined by goals and assists,” said Jesse Davis , a professor at the university.

“A goal is a rare event, however, because an average of 1,600 actions are estimated to occur in a match. Our model looks at each action – shots, passes, dribbles, tackles – and calculates its value.”

Data was analysed from the 2013/14 season up to the end of 2017/18 when Ronaldo left Real Madrid , and after feeding the results through their "supercomputer" the researchers found that it is Messi who comes out on top.

The Argentinean comes out with a VAEP score of 1.21 per game, which is much higher than Ronaldo’s 0.61.

“In the first seasons, Messi and Ronaldo’s scores are very close to each other,” says PhD student Tom Decroos , who helped with the research.

Decroos went on to elaborate on how Messi differs from some of the modern greats when it comes to the formula.

“We see a trade-off with most football players: either they make a lot of actions with a less high value – that’s the case with Paul Pogba, for example,” he said.

“Or you have players who are less likely to hit the ball, but who have a big impact. That is typical of strikers like Harry Kane, Mohamed Salah and Ronaldo.

“Messi is exceptional in this area: the Argentinian has a very high number of actions and they also have a high value.”

Do you agree with them, share you thoughts! Messi or Ronaldo?