Bold Nerds 30 August 0 Comment 30 August
La Liga officials have confirmed that a minute of silence will be held before every match in the top two tiers of Spanish football this weekend, to pay tribute to the daughter of former Barcelona and national team boss Luis Enrique. 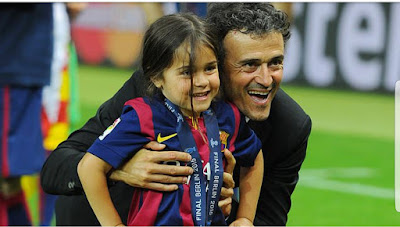 The league authorities confirmed this on their official website and social media platforms.

The football world united in grief after the former Barcelona manager announced the passing on of his daughter.

Clubs and players across the word sent their heartfelt condolences to the family for their lost.

The Real Madrid and Barcelona's squad among others held a minute of silence before their training session on Friday.