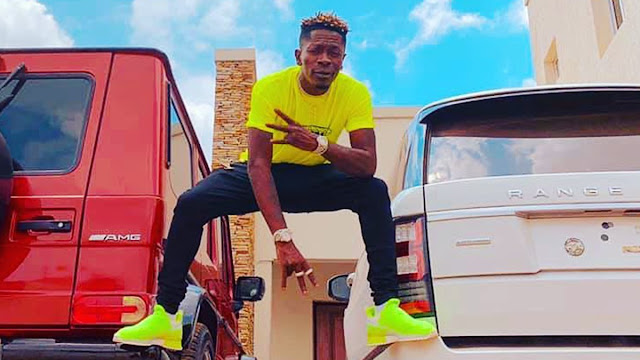 Ghanaian dancehall artiste Charles Nii Armah Mensah popularly know as Shatta Wale said he's ready to be on a song with fellow dancehall artistes stonebwoy and Samini as well as rapper Sarkodie after his feature on Beyonce’s album, "Lion king"

In an interview with a ‘Naija based FM station’ during his Facebook live session, he revealed that he had a chat with his team to collaborate with Sarkodie, Stonebwoy and Samini and this is something Ghanaians have been waiting for.

It wouldn’t be a problem at all to collaborate with Stonebwoy, Sarkodie and Samini. People think Shatta likes beef too much so how is this going to possible but they should just understand is showbizness “, he said.


Shatta Wale also asked Ghanaians to erase all ill perception of the past and stated that his beef with artistes ain’t personal as it has been perceived, stating that it’s all part of the game.

The "Gringo" hitmaker also had something to say about his collaboration with American singer Beyonce.

A lot of producers around the world have contacted me with most saying that they like my voice. It was after that I listened to my voice well and I realized that I sound like Celine Dion,” he jokingly said.


Watch the video below and don't forget to subscribe to pelyaz.com (we're here to serve you)