Kenyan government deports "Jesus" and arrests pastors who invited him

The Kenyan government have deported a Caucasian man being paraded in the country as Jesus Christ. 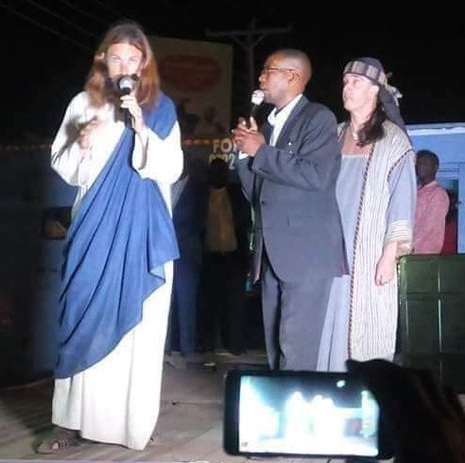 The Kenyan government have deported a Caucasian man being paraded in the country as Jesus Christ.

The pastors who invited him and convinced their followers that he's the real son of God have also been arrested.

Two church pastors invited the Caucasian man to their country then managed to convince their followers that he's Jesus Christ of Nazareth and he has finally come back as promised.

This went viral after the Caucasian went around taking money from Kenyans to perform miracles and secure seats for them in heaven.

Daily Africa reports that Kenya’s Government has now deported the fake "Jesus" and they have arrested the dubious pastors who invited him.