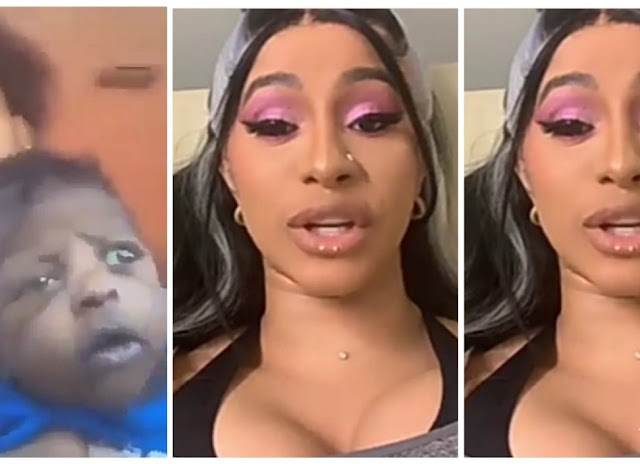 Rapper Cardi B responded to a mother who went viral on social media after she complained about her son's look and even went ahead to call him ugly.

The mother of the little boy said she knew she had a "50:50" chance that her baby might turn out ugly because of her man. That was my biggest fear, she added.

After the video went viral, some Instagram users were left in shock. Cardi B who made headlines recently after tattooing her husband's name on her thigh, responded to the little boy's mother.

Without hesitating, Cardi B said: "I'll take him"