Angry woman chops off ex-hubby’s manhood, pours acid on it, then flushes

Man, 56 who cheated on his former wife while they were still married, has learnt his lesson the hard way as he got his manhood cut off by ex-wife. 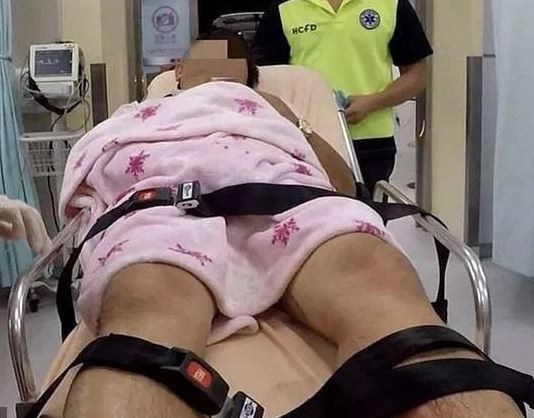 Man, 56 who cheated on his former wife while they were still married, has learnt his lesson the hard way as he got his manhood cut off by ex-wife.

According to reports, the man fell for the seduction of his former wife, who grabbed his manhood, while his pants were down and cut it, along with his testicles with a scissors.

She then doused the genitals in acid and then flushed everything down the drain, leaving him with a centimetre of organ.

According to Mail Online, the 58 year-old Taiwanese woman told the petrified man:

It was also discovered that she took 40 sleeping pills in an apparent suicide attempt.

The attack happened in the couple’s home in the township of Hukou, which is in Taiwan’s north-western county of Hsinchu on 24th July, police reported.

Reports say they had divorced less than a month ago but Mr Chen who is jobless for two years, continued to live off his wife.

Authorities with the local Xinhu Precinct said they received a call from a howling Mr Chen, 56, following the incident at 8:50pm local time.

According to Taipei Times, the woman allegedly then threatened to douse the man with hydrochloric acid when he blockaded himself inside the bathroom and called for help, police said.


Ms Lee who was found unconscious and her ex-husband who had her manhood cut were both taken to National Taiwan University Hospital Zhudong Branch and are in stable condition.