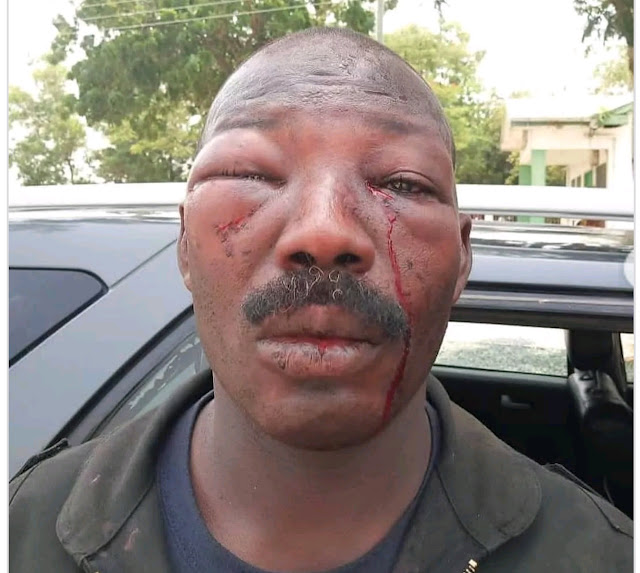 Police brutality on civilians turned the other way round as
over 20 Amasaman residents, a suburb of Accra, assaulted a police officer of the SWAT Unit of the Ghana Police Service.

In a viral video posted online, angry residents at Amasaman, are filmed attacking the police officer identified as Sgt. Mahanadi leaving him with various degrees of injuries.

What led to the assault on the police officer is yet to be ascertained.