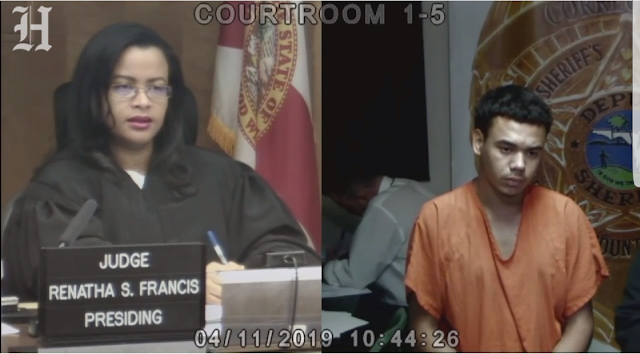 A Florida high school student Gianny Sosa who was arrested for attempting the famous "RKO" finishing move by Randy Orton, appeared before Miami-Dade court this week.

The 18 year student was charged with battery on a school official after trying the move by the WWE superstar.

Gianny can be heard shouting "RKO" before attempting to grab the neck of Miami Southridge Senior High School principal.

If you happen not to have an idea about the famous finishing move, here's a YouTube video of Randy Orton's RKO move


CBS Miami posted the following clip on their official Twitter account earlier. In the viral video, the principal, identified as Humberto Miret manages to stop the "RKO" move from landing properly by catching the student in mid-air.


Sosa, 18, first court appearance was on Thursday morning. Roy Ugarte, defense attorney called the arrest report “hands down one of the most insane” he’d ever read.

Ugarte who explained the difference between Roman-Greco wrestling and the pro wrestling that most consider staged for entertainment said “Everyone knows wrestling is fake."

The lawyer, who admitted to be a fan of wrestling, demonstrated the move and suggesting that Sosa was playing around. “It shouldn’t have been arrestable,” he added.

Sosa was granted release from jail without having to post a bond.