Wife reacts to unemployed husband's tweet and everyone was in shock 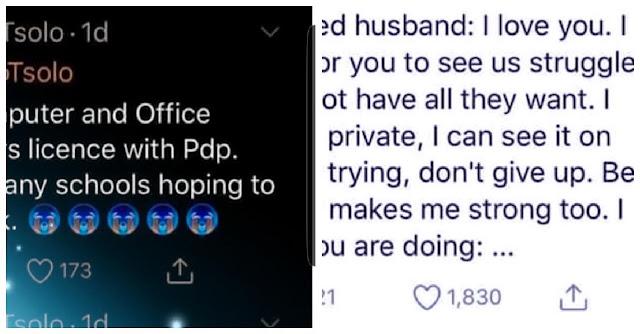 An unemployed husband who's currently looking for a job took to Twitter to ask for help from users. But he was shocked as his wife gave him an unexpected reply.

Read Next: "Happiness is free" Pamela says as she Shakes off her big melons

According to the man, he has been unemployed for quite some time and although educated, his certificates haven't been able to get him a job. He's married and has two beautiful daughters who are being taken care of by his wife.


I can't depend on my wife forever, I'm afraid that she'll leave me because of being unemployed. She's the one who's working. Sometimes I'm ashamed of making suggestions when comes to finances. I'm dying inside, he said

The wife who stumble upon her husband's tweet replied with so much love as she reassures him of her love and told him that he has been helpful and supportive all these while and she knows that he cries in private and she sees it on his face.

In her own words, she wrote:


Dear unemployed husband: I love you. I know it's hard for you to see us struggle, for the kids to not have all they want. I know you cry in private, I can see it on your face. Keep trying, don't give up. Be strong, cos taty makes me strong too. I appreciate all you are doing:...

Making sure we leave for school on time, cooking early to avoid load shedding, helping with homework  listening to my crazy rants about work. You could give up and down in booze but instead you are here. YOU ARE HERE. And I love you. Ebuhleni nasebubini. From your loving wife, she concluded

Read Next: Plane forced to turn around after woman forgot her baby at the airport

See screenshots from the tweets below. 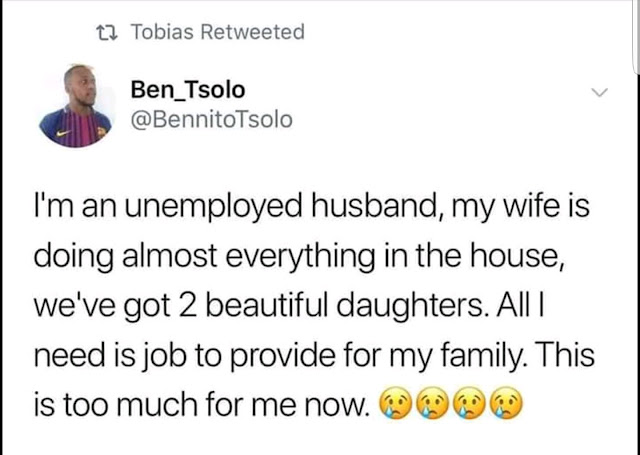 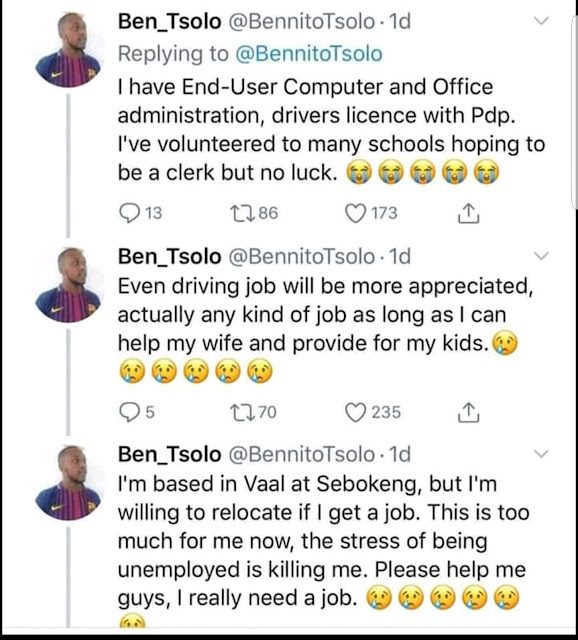 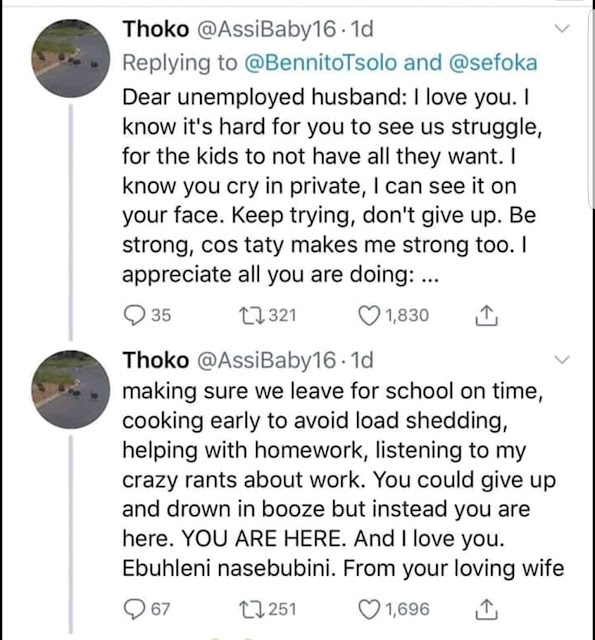