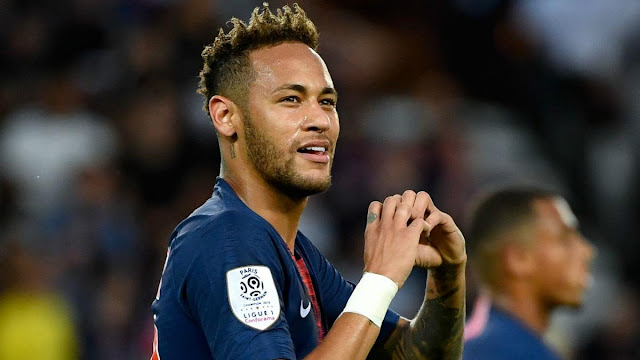 Neymar has called the decision to give Manchester United a late penalty against Paris Saint-Germain in the Champions League on Wednesday night “a disgrace”. He also said that the VAR officials in charge “knew nothing about football”.

The 27 year old forward has blasted the refereeing decisions following Paris Saint-Germain's Champions League round of 16 loss exit to Manchester United after a controversial penalty was awarded in the dying minute.

The penalty that was handed to the visitors in stoppage-time after a shot by Diogo Dalot hit the arm of Presnel Kimpembe, saw Manchester United prevail into the quarter finals of the champion league.

Although the official's decision was followed by a review with VAR, Neymar still thinks that penalty shouldn't be awarded.

The Brazilian international took to social media to speak on the decision made by the referee on the night.


That is a disgrace!" Neymar wrote on his Instagram Stories alongside a screenshot of the alleged handball. The Brazil forward missed the match due to injury, though was in the stands and didn't hesitate to make his thoughts known.

And UEFA still pick four guys who know nothing about football to review the VAR decision in slow motion... that handball simply doesn't exist!

How do you handball behind your back? Ahh.. go f*ck yourselves."