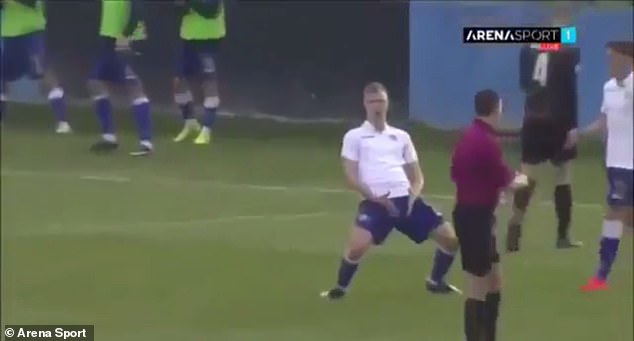 A young Croatian footballer was sent off for imitating Diego Simeone's 'cojones' celebration in an U19 game.

Simone who hit the headlines weeks ago for the same reason, explained his gesture in an interview.  He was later fined £17,000 for his celebration.

Cristiano Ronaldo who also mimicked the 'cojones' celebration in the second leg could face action for it according to Italian reports. 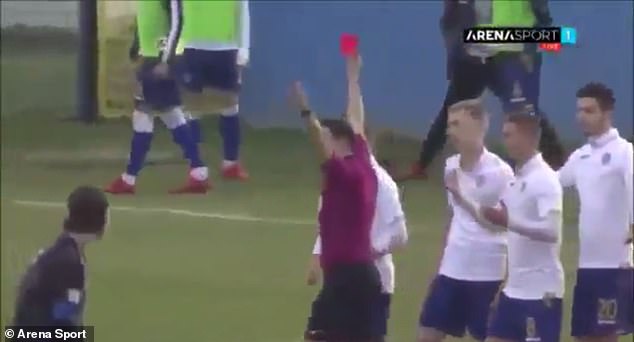 Croatia, Hajduk Split Under 19 player Tino Blaz Laus received a straight red card for his weird celebration after scoring to extend his side's lead to 3-1 against Hrvatski Dragovoljac.