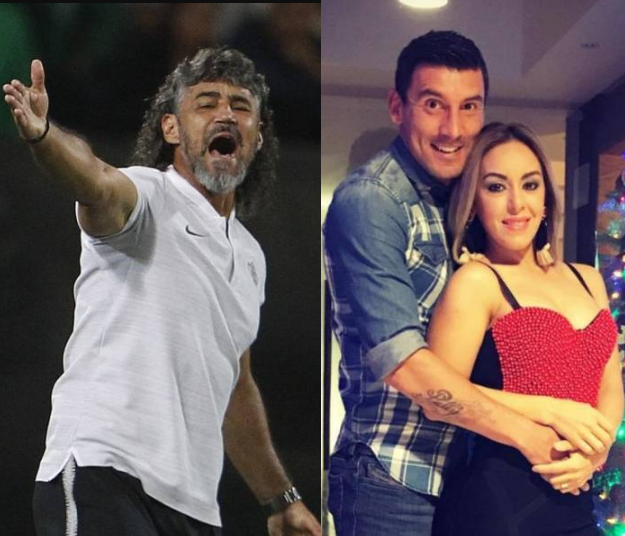 Paraguayan media reported that the 51-year-old coach and former defensive midfielder of Colombia national team has been sacked for secretly dating Patty Gonzalez, wife of his star player and midfielder Edgar Benitez.

The model has since denied the rumours on social media, saying:


“I assure you it’s completely false. "From my side, it’s clearer and I hope people from the club clear up the situation at some point.

The truth is that we have nothing to do with the situation, we are unconnected with what happened."

Alvarez is yet to react to the cheating allegations but his assistant Ruben Dario Bedoya told reporters:


“We came to training at 7.30am but they didn’t let us go in. "It doesn’t seem professional to us, it’s shocking treatment. It surprised us because if a decision is made, one must be allowed to enter and take their belongings. It’s disrespectful.”