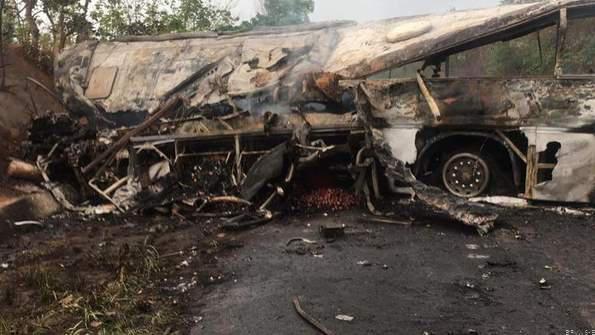 At least 70 people were killed in the Temale-Kintampo bus collision.

The incident which happened in the early hours Friday 22nd  of March, saw two buses engaged in a heavy collision in a town called Ampoma.

[Read Next ##eye##  Cardi B wants to trademark and own "Okurrr"]

It is still unclear what might have caused the heavy collision however, witnesses say one of the drivers might have been dozing off and run into the lane of the other from the opposite direction.

It has also been confirmed that about 40 people are injured and have been sent to various nearby hospitals for treatment.