Michelle Obama Makes Surprise Appearance at the Grammys as She Joins Alicia Keys, Jennifer Lopez, & Others on Stage (Photos) 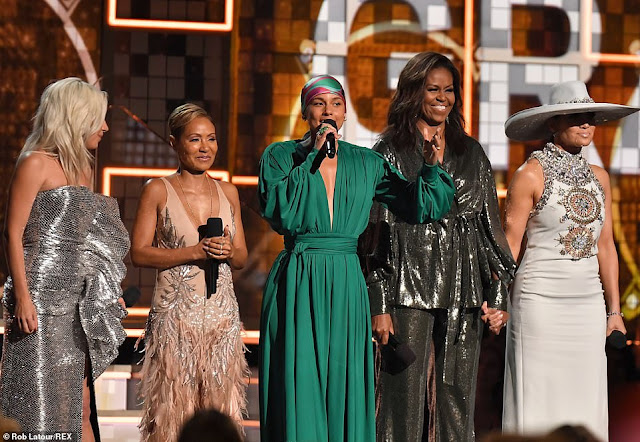 Jaws dropped at the Grammy Awards when former US First Lady, Michelle Obama made a surprise appearance at the event that was held at Staples Centre in Los Angeles last night. 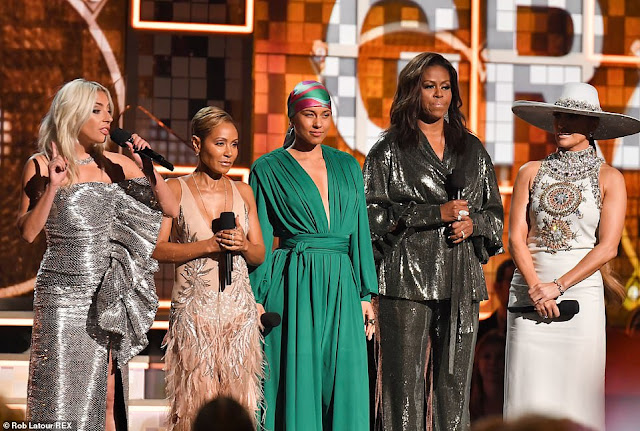 The 61st Grammy Awards saw breathtaking performances as well as a touch of class and style as the red carpet was walked on in the best of gowns.

As Ms. Obama appeared on stage, joined by the host Alicia Keys, Lady Gaga, Jada Pinkett- Smith, and Jennifer Lopez, fans screamed and blew kisses to the former first lady. She brightened up the atmosphere as she shared a smile before saying 'We've got a show to do!' and began laughing with her co-presenters. 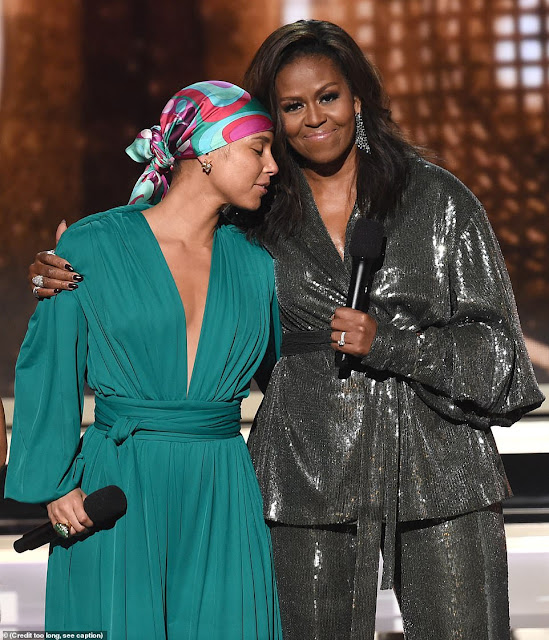 She went on to pay a tribute to Motown and Beyonce, saying:

"From the Motown records that I wore out on the Southside, to the Who Run The World songs that fueled me through this last decade, music has always helped me tell my story and I know that's true for everyone here.

"Music helps us share ourselves, our dignity and sorrows, our hopes our joys."

"It allows us to hear one another - to invite each other in. Music shows us that all of it matters...every story within every voice, every note within every song."

The former first lady didn't end it on stage as she took to Twitter to share a photo of herself and co-presenters with a lovely caption. See below.


A big part of friendship is showing up for your girls—that’s why I was thrilled to be there for the one and only @aliciakeys at the #GRAMMYs. She is one of the most genuine and thoughtful people I know—there’s no one better to help us all celebrate the unifying power of music! pic.twitter.com/8cMhTmsClA
— Michelle Obama (@MichelleObama) February 11, 2019