2019 Grammys: Drake's Mic Cut Off After he Downplayed the Importance of the Grammy Awards 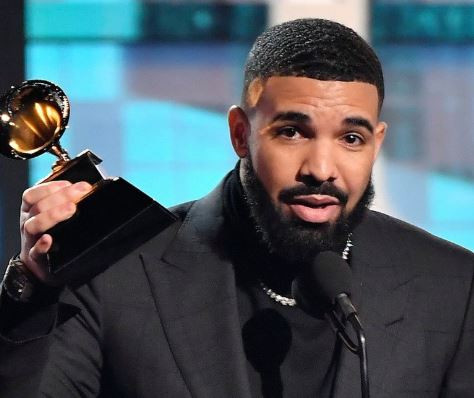 Last night was a big night in the entertainment industry, it was the Grammy Awards night.

We saw artists like Cardi B, Lady Gaga, Jennifer Lopez, Shawn Mendes and Miley Cyrus among others  took the stage and gave out their best performances. And a big surprise on the night as former first lady Michelle Obama was introduced as a co-presenter by Alicia Keys along side Lady Gaga and a few others.

Drake who was also present on the night won an award for "Besf Rap song". After winning a Grammy, Drake delivered a passionate speech, telling artists that they've “already won if you have people singing your songs word for word, if you’re a hero in your hometown".

He went on to say, "you don’t need this right here. You already won.” All of a sudden his microphone was then cut off in the arena and telecast.


Well, social media hasn't taken this lightly, check out some of the reactions below.