Bold Nerds 04 February 0 Comment 04 February
23-year old mother, Blessing sold her baby for 200,000 Naira just so she could open a provision shop to take care of herself and siblings. 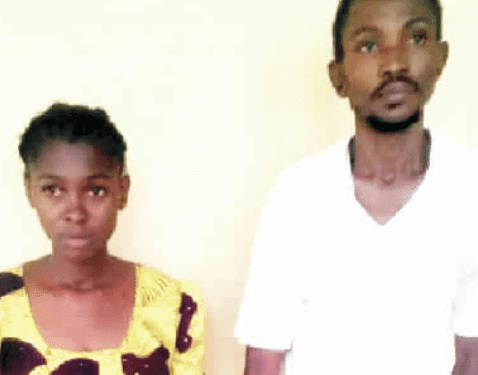 One 23-year-old Blessing Aluna, has been arrested by men of the Niger state police command for selling her one-week old baby for N200,000.

According to reports, Blessing who resides in Rimi Lokoja Local Government Area of Kogi State, was apprehended for allegedly conniving with her said boyfriend and accomplice, Oludare Jeprince, to kidnap and facilitate the sale of the baby.

Blessing blamed poverty as a reason for her action after being interrogated.

“Imagine me selling my child for money; that will tell you the level of hardship in the country. I sold my own child for N200,000 in order to open a provision store in Suleja at least to take care of myself and my siblings.”

After explaining why she did what she did, Blessing says she regrets her action and ask the law to take its course.

“I have done the worst thing to humanity and especially to my own child. I don’t think I deserve to be alive, let the law take its course.” she said

Confirming their arrest, the command’s spokesperson, Muhammad Abubakar, said the suspects would be arraigned in court as soon as investigations are concluded.