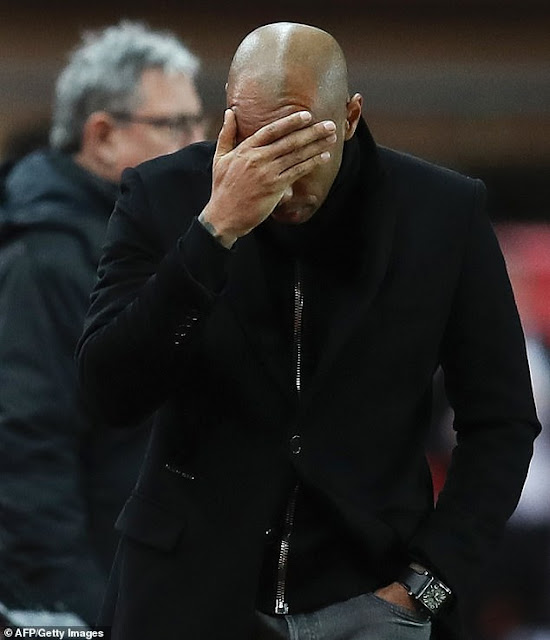 Months after turning down Aston Villa's job, Henry could be facing a sack from the French giants Monaco.

Monaco, having endured a torrid 2018-19 campaign, are currently lying towards the bottom of Ligue 1.

The Arsenal legend landed his first manager's job with the French club on October 13 when he signed a three-year contract until the summer of 2021.

According to The Mirror, Monaco is ready to sack Henry and are lining up predecessor Leonardo Jardim as a possible replacement.

Henry has only won 4 of a possible 20 matches as Monaco's manager and the club is not impressed with his stats.

It is claimed that Henry will be told in the next 48 hours that he is no longer the man to lead the Ligue 1 strugglers.