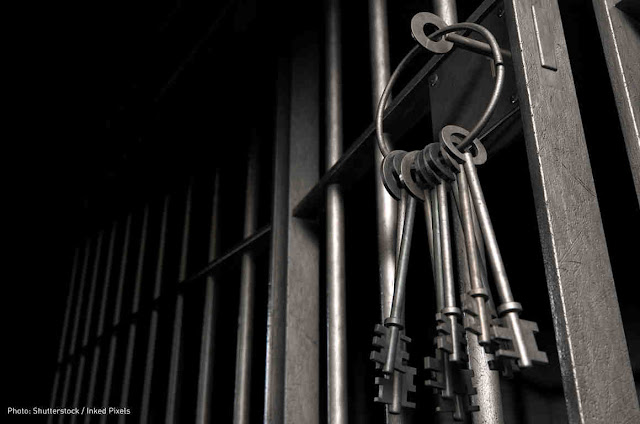 A jugde in the Assin Fosu District of the Central Region has sentenced a 23 year old man to 14 years in prison.

His Lordship Gyane Quotey, sentenced Isaac Opare, the convicted man, after he was found guilty for stealing a 14-inch flat screen television worth GHC 250.

According to the prosecutor, Francis Oyinah, the accused stole the television from Evans Pantsil, a carpenter in Assin Nyankomasi in the Central region.

The carpenter as at the time of the robbery had left home for 31st-night church service.

Adomonline.com reported that Paintsil suspected Opare to have committed the crime because Opare had earlier visited the house in the day.

Opare was finally arrested by the police at his hideout in Assin Praso where he pleaded guilty.

He was sent to court and due to his criminal history, was handed the 14-year jail term.