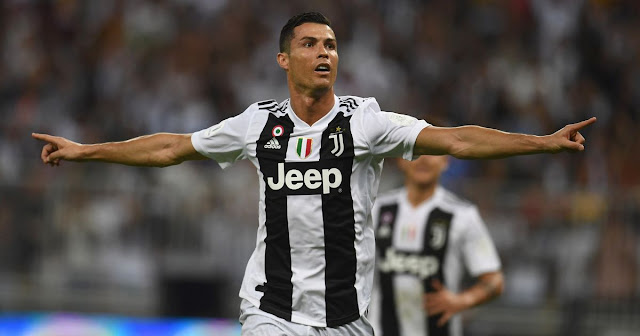 Cristiano Ronaldo wins first Juventus silverware as he played a vital role in the Supercoppa Italiana on Wednesday in Jeddah, Saudi Arabia, to help Juventus lift the trohpy for a record eighth time.

The game ended 1-0 thanks to a headed goal from Cristiano Ronaldo to secure a title Juventus haven't won in 3 seasons.

The Portuguese forward headed through the limp hands of Milan goalkeeper Gianluigi Donnarumma just after the hour mark which was enough to settle the affair.

Dybala thought he doubled the score only for his goal to be ruled out for an offside. Douglas Costa also came close.

Although Juventus seem to be the dominant team, 10 men Milan tried all they could but only managed to hit the woodwork.

This is just a starting point for the 33 year old as Juventus is still in the Champion's league and unbeaten in the race for the Serie A title.  He could be ending the season with 2 more trophies.