6-year-old Had to Climb the Heavenly Ladder ’on a 1,400m High Cliff to go to School: A Scene That Will Leave You Breathless 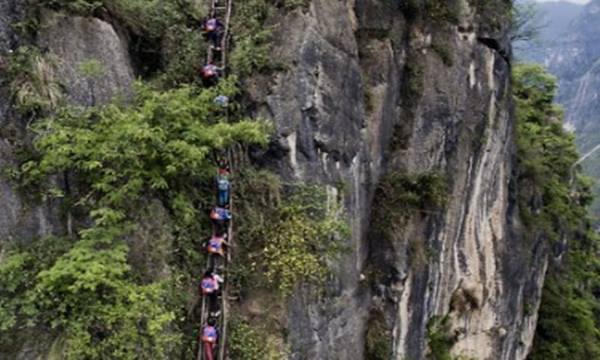 The normal ladder is very difficult to climb because you must both climb and pay attention to the altitude, have to hold firmly and hold firmly on the ladder to not fall, but if you are climbing the “ladder of heaven” on the hanging wall climbing is even more frightening. 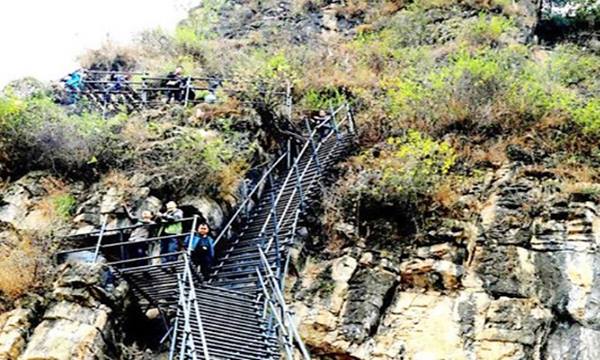 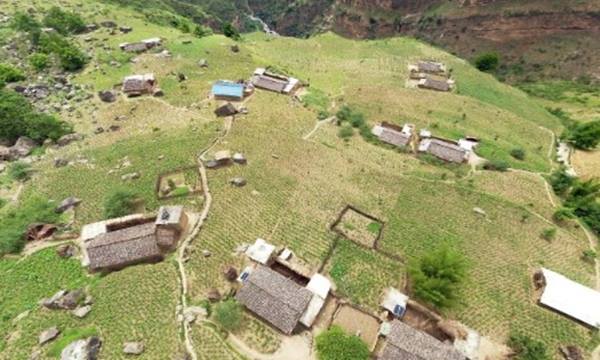 There are 72 families living in the village on the cliff. When villagers or outsiders want to enter the village, they have to climb 17 cloud ladders along the vertical cliff. 2 cloud stairs near the village 100m apart.

Villagers, whether adults, young children, men or women, have good health and endurance. If not, with such a cliff, it is easy to fall down.

According to the villagers, for agile people it takes an hour to climb down the foot of the mountain by the stairs, with ordinary people about 90 minutes. 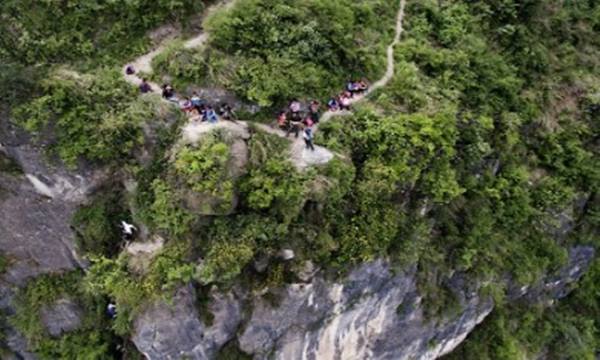 It has been a person in the village fell to the wall, which made the villagers worry about the safety of the children.

In the village, about 15 children have to climb the sky and go to school, the youngest is 6 years old and the oldest is about 15 years old. The kids will go home at the end of the week between the month and the end of the month. Other days live in the school.


The villagers said that there was also a child who had fallen and fell down, and was able to catch the tree next to him, otherwise he could not keep his life.

This heavenly ladder is too dangerous, “many people expressed concern for the people here. Local authorities also think about the dangers of villagers when climbing this cloud. They use steel to build stairs.

Although the use of steel to make stairs, it looks pretty solid but people still worry about the people here.

The village lies on a steep cliff, if you want to build a road, you have to spend tens of millions of yuan to open the way. Local authorities acknowledge that they are not financially capable.

If all households were relocated to the foot of the mountain, it would not be enough for the people living here.

Villagers will grow corn, pepper, walnuts and raise cattle and poultry such as sheep and pigs, then bring down the mountain to sell for cash.

They are also accustomed to living in this place and do not want to leave their homeland, they just want to preserve the land left by their ancestors.