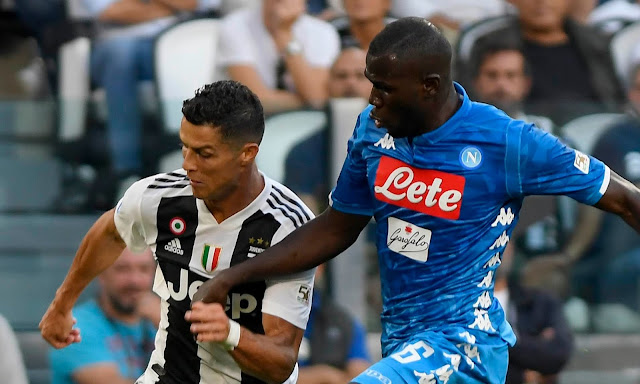 Cristiano Ronaldo has offered support to the senegalese international Kalidou Koulibaly after he was allegedly subjected to racist chants during a 'Boxing Day' match at the Giuseppe Meazza.

Napoli lost the game by a goal to nail after Lautoro Martinez's late strike which saw Inter Milan snatch the winner.

Having been sent off during the game, Koulibaly took to social media to write: "I'm sorry for the defeat and above all for having left my brothers! But I'm proud of the colour of my skin. Of being French, Senegalese, Neapolitan: man."

"I always want education and respect in life and football,"
"No to racism or any other type of offense and discrimination!!!"

The Portuguese international posted this with a photo of himself and Koulibaly.