The French international who already had series of problems with the Portuguese coach took to his Instagram page on Tuesday to mock his former boss.

The photo with the text "caption this" was taken down after it had reached 64,000 likes in just 10 minutes after he made the post. 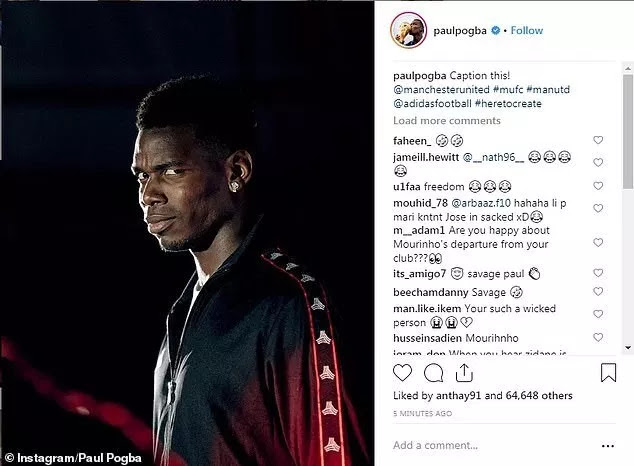 According to Mail Online Football , Paul Pogba is to be fined by Manchester United after his actions on social media.